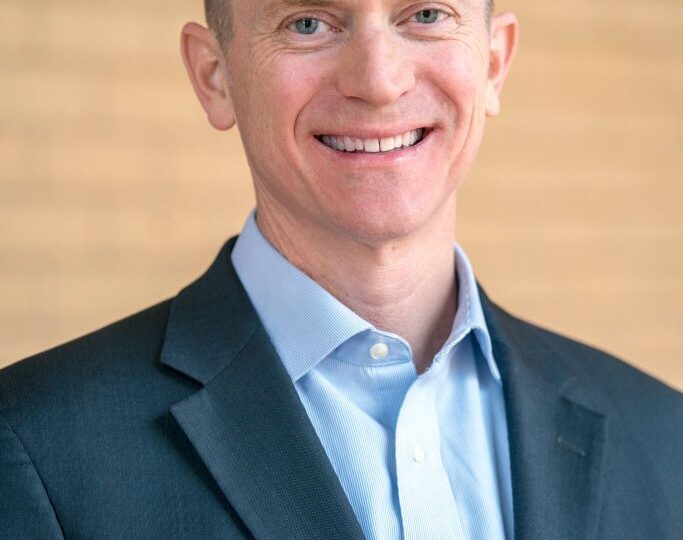 The DonorsTrust Client Stories blog series continues with this latest interview. Michael Miller and his wife are just regular folks who want to prioritize philanthropy—their donor-advised fund at DonorsTrust helps them make sure that happens. The previous segment by Patrick and Mary Peterson can be found here.

Donor-advised funds sometimes are mischaracterized as a tool for the wealthy. Michael Miller is not someone that would typically be categorized as wealthy. Through strategic use of his fund, however, he and his wife are able to be generous givers to causes they care about. Michael co-directed the landmark film Poverty, Inc. documenting the troubles of international aid and led the PovertyCure program at the Acton Institute, where he is a research fellow and director with Acton Media. Michael takes a thoughtful approach to philanthropy—both his own and in general—as you will see in our conversation.

How did you and your wife get interested in the idea of a donor-advised fund?

Early in our marriage, we lived in Nicaragua for three years when I was teaching philosophy and political science at the Ave Maria Nicaragua campus. The town was quite poor and there were always needs around and always something you could do.

When we returned to the United States and settled in Grand Rapids, Michigan it was a totally different situation and, after a couple months, we realized that we weren’t giving financially. We had, for three years, habitually had opportunities to be charitable but weren’t sure how to do that here. We realized if we didn’t plan for it in the beginning of the paycheck, we were not going to do it. Something always would come up or we’d be at church and forget the checkbook or not have money with us or just not have enough at the end of the pay period. Whatever. I needed a way to automate and to give to more than one organization.

I was talking to Kris Mauren, Acton’s executive director, about this and ways to give money more effectively. This was before you had your Novus Society (DonorsTrust’s program for donors under age 40.) Opening a DonorsTrust account started at $10,000, but Whitney Ball (DonorsTrust’s founding president) made a deal with us where we could just join for $1,000. We started by giving money every paycheck.

Once you had the fund built up and could give out grants, did it help you fill that giving gap you’d identified? Did you like it?

There are several things I like about the fund. Obviously, as far as mission goes, I knew that if I wasn’t sure about an organization, DonorsTrust could do research to help me with that decision. In the long-term, I knew my money wouldn’t go to causes I disagree with and, in the short-term, I have the freedom to do the distributions whenever I want, and Donors Trust makes it easy.

Then, the fact that the money was already given away is positive. Every pay period we put a couple hundred dollars away and it’s gone. Once it’s in the donor-advised fund, it’s no longer accessible for anything but charitable giving. And, if I’m in a busy time and we forget to give money away, it doesn’t matter because it’s in in the fund. It’s been automatic for us for 13 years now.

Third, using the fund also gives us ability to give larger gifts at different times. If there is a matching gift at an organization then my gift can be twice what it would otherwise be, for example.

We think our fund is a great way to automate giving and be thoughtful about giving in collaboration with people who are also thoughtful about giving. It gives the flexibility to be able to give small gifts and large, time the gifts, support the organizations when needed, participate in matching events … all kinds of things that you can’t do if you don’t have a fund.

How has your work at the Acton Institute and on issues of poverty and now with tech infrastructure affected your thinking around philanthropy?

One thing I learned in doing the research for Poverty, Inc. and PovertyCure is that sometimes our giving ends up harming or disempowering other people. That is a challenge I’m still working on. The thing that has helped me at Acton and with my work with Poverty, Inc is to try to think about the principle of subsidiarity—the idea that those closest to the problem have the most local knowledge and can handle the problem. I try to give—and I know I do not do this perfectly—to organizations that are solving local problems effectively and participate with them in their local knowledge. That’s the key thing I’ve learned.

I was on a panel once discussing philanthropy. As is normal we were discussing various programs and approaches, but it struck me that first we need to think about the meaning of the philanthropy—the love of man. Well, what does love mean? And who is the man or woman that we are trying love and help? If we are going to do good philanthropy then we need ground it in a proper understanding of the human person and a rich understanding of human flourishing. The one idea that has shaped me from my work is that human persons are not objects to be manipulated or problems to be solved. Instead, persons are subjects and should be the protagonists of their own development. Our philanthropy should participate and assist people in accomplishing their goals, not be a means to social engineering. This is why the principle of subsidiarity is so important because it keeps our giving connected to the people with local knowledge.

How has your thinking about giving changed since you first started putting money away for your fund?

The benefit of DonorsTrust is that I can write an email and DonorsTrust will disburse the gift. The challenge with that is I can be too disconnected. I probably need to follow up more and be more engaged. In some cases when I’m on a board, that is easier because I know what is going on with the organization. There are other organizations where I give to where I need to call and participate with them, to follow up on my investment. Not in a sense of micromanaging, but actually engaging with the people I think are doing good work. And then perhaps I can find ways of support beyond just the financial.

Are there any other ways your fund has been helpful to your family?

One of my daughters asked us, in lieu of a Christmas present, to give money to a crisis pregnancy center. Because I had DonorsTrust, I was able to do this easily, but also essentially able to match her gift. So, in a sense, we partnered. She had studied this group and wanted to help expectant mothers, and I realized I could give to this group in a bigger way than what she originally wanted me to give. It was nice to be able to partner with my children in that way, and I hope to start doing that more with my children.

I talk about this a lot, but we increasingly live in an era of big government, big tech, big culture, big education, and big healthcare. I think we need to build functional, decentralized organizations that address problems at the lowest level and give people ways to opt out of big culture. There is a powerful line from a Polish movie called Katyn about the murder of 12,000 Polish soldiers by the Soviets. One of the characters asks, “What does it matter if you think differently if you act like everyone else?” I think that we have to invest in small, functional, decentralized organizations and not just look for the biggest project, but look for lots of smaller wins. DonorsTrust gives us the flexibility to do just that.